Before the municipal elections, the Bharatiya Janata Party (BJP) in Delhi will roll out a massive outreach program, with over one lakh workers stationed on the streets.

Through the program, the party hopes to directly contact more than one crore voters.

“To improve Delhi, the party has put in a lot of effort. According to Adesh Gupta, the president of the Delhi BJP, “We have eliminated all garbage dumps from Delhi’s roadways and also reduced the height of the garbage mountains. “We’ll share our accomplishments with the voters. Door-to-door outreach by our 100,000 employees will be done to raise awareness of the accomplishments “added the BJP leader in Delhi. The party’s top campaigners, which include ten union ministers and chief ministers of numerous states, will support the massive outreach program.
The unified Municipal Corporation of Delhi (MCD) will hold elections for its 250 wards on December 4, and the results will be announced on December 7.
The outreach effort will include a large number of MPs and MLAs.

“We’ll be reaching out to as many people as we can in the capital on November 27. The massive outreach programme will run from morning until night “Gupta said. 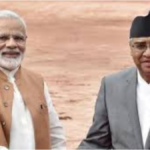