Gopal Rai, the Delhi AAP convenor, led a large unit of tempos and carriage vehicles carrying miniature garbage mountains ahead of the Municipal Corporation of Delhi (MCD) elections. The party views this as a symbol of the BJP’s lack of leadership in the MCD over the past 15 years, which has brought great shame to Delhiites. When describing the campaign, Gopal Rai said, “People in Delhi should vote for BJP if they want rubbish and filth all around them, but they must vote for the AAP if they want cleanliness and hygiene.” “These vehicles will make the three rubbish mountains’ reality known to Delhi’s residents. For the past 15 years, the BJP has pillaged Delhi, targeting every mohalla with its extortion scheme.

“The entire city of Delhi is unanimously declaring that they would overthrow the BJP after 15 years of its rule in the MCD, which is known for its poor handling of rubbish. They want a “Parivartan,” and Delhi residents are banding together to make that happen, according to Rai. Gopal Rai argued that the AAP had candidates running for all 250 seats and had been directly engaging voters through pad yatras and jan samvads in their wards.

More than one crore voters will cast ballots in the almost 250 municipal wards up for election in the MCD on December 4, and the results will be tallied on December 7.

The post MCD polls: The AAP begins its campaign by riding a tempo with a dummy “trash mountain.” appeared first on OUR INDIA. 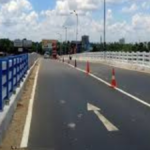