Voting is our fundamental right and everyone shall participate in this democratic process to vote for leaders who can represent them and their ideas. Elections in Gujarat are going to be held in two phases and citizens are visiting their polling booths to cast their vote for a better future.

We often heard and see people fulfilling their fundamental right of voting ahead of their all important events on polling day. One such inspiring story is of the mother of a newly born infant. She took discharge from the hospital and went directly to vote at her polling centre.

Shreya Hitarth Vyas resident of Jamjodhpur in Jamnagar, gave birth to a baby on 29th November 2022 through cesarean section delivery. The whole family is happy after the arrival of a new member in the family. However as a responsible citizen she voted on the second day of delivery.

She was discharged from the hospital on 1st December and went straight to the polling booth to cast her vote at Jamjodhpur. She said, voting is my fundamental right to choose the right leader and i fulfill it as a responsible citizen of my country.

The post Mother of new born baby vote after two days of cesarean section in Jamjodhpur appeared first on OUR INDIA. 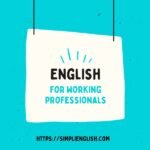