As Kiev appeared to launch a preventative strike on bombers that the Kremlin has used to try to cripple the Ukrainian electrical grid, explosions rocked two Russian airbases far from the frontlines.

The attacks were confirmed by the Russian defence ministry on Monday. It claimed two of its warplanes had been damaged while intercepting two Ukrainian drones. For Kyiv, the attack was an unprecedented operation deep inside Russia intended to thwart the Kremlin’s plan to incite a humanitarian catastrophe in Ukraine as winter approached.

According to reports in the Russian media and videos shared on social media, an explosion happened early on Monday at the Engels-2 airbase in the Saratov region of Russia, which is home to Tu-95 bombers that have participated in cruise missile strikes against Ukraine.

Less than 150 miles from Moscow, in the vicinity of Ryazan, at the Dyagilevo military airfield, there was yet another explosion. Russian state media reported that a fuel truck explosion resulted in three fatalities and five injuries. Long-range bombers Tu-95 are also housed at that base.

After the airbase explosions, Russia quickly launched a massive attack against Ukraine using missiles launched from the Black and Caspian Seas.

A new record for the efficacy of its air defence systems was set by Ukraine, which claimed to have shot down 60 of the total 70 approaching missiles. According to the Russian defence ministry, 17 targets were hit.

Air raid sirens rang in Kyiv, and residents sought refuge in subterranean metro stations, but no missiles struck the city, and three hours later the all clear signal was given. Even while the strikes caused widespread blackouts in several areas of the country at well-below-freezing temperatures, they did not appear to have had the same impact on the Ukrainian power grid as the previous Russian bulk missile attack on November 23.

According to reports, two persons were killed and three more were injured in southern Ukraine after at least one missile struck a home in Zaporizhzhia. Mykolaiv experienced power outages, and Odesa experienced problems with its water supply.

The attack on the Engels airbase would be the most audacious operation behind Russian lines to date, if it is determined to be a Ukrainian operation. The airbase is a key location for Russian strategic nuclear forces and aviation operations against Ukraine. It contains a nuclear bunker for storing warheads that can be used by long-range Russian strategic bombers.

A fiery blast that illuminated the night sky was captured on video during the explosions at the Russian air bases. The sound of the explosion, according to the locals, could be heard miles away. Before the explosion is audible in one Saratov video, an aircraft or missile can be heard screaming overhead. Local officials in the Saratov region reported that security services were looking into the situation.

A loitering munition, a type of aerial weapon system, allegedly attacked the Russian airfield at Engels and targeted the airbase’s runway, according to Baza, a Russian media outlet with sources in the security services. Two nuclear-capable Tu-95 bombers, according to Astra, another independent Russian media outlet, were allegedly damaged in the explosion. Neither made a reference to where they got their information.

An official from Ukraine provided a cryptic analysis of the explosions on Monday. Galileo made the discovery that the Earth is spherical. In the Kremlin, astronomy was not studied because court astrologers were preferred, according to a letter from presidential adviser Mykhailo Podolyak. If it were, they would be aware that when something is launched into another country’s airspace, it will eventually return to its original location.

Volker Türk, the UN human rights chief, who was in Kyiv to meet Ukrainian human rights activists and ended up holding the meeting in a bunker, was one of those seeking refuge in the Kyiv metro.

Pro-war The military has come under fire from Russian bloggers for leaving the bombers huddled together on the runway, making them a prime target for sabotage or attack.

Although there have been rumours that such unmanned aerial vehicles are in development, Ukraine is not known to possess any loitering weapons that would allow it to attack hundreds of miles away from the frontlines of the conflict.

According to Rob Lee, a senior fellow at the US-based Foreign Policy Research Institute, drones may have been launched by Ukraine from within Russian territory given that the two military installations were between 300 and 450 miles from the Ukrainian border.

Unmanned aerial vehicle attacks have a limited range, so they couldn’t have flown that far from Ukraine, according to Lee.

According to him, the alleged Ukrainian attack on the Engels-2 base was probably intended to thwart Russian plans to attack Ukrainian infrastructure.

“Ukraine has been admonishing Russia to be on the lookout for new missile attacks on its energy grid for several weeks. This might have been an early attack.

After being forced to withdraw from several Ukrainian regions as a result of a determined counteroffensive, Russia has turned to long-range attacks on Ukraine’s energy grid. Following an explosion on the Crimean Bridge, which Moscow has attributed to Kiev, Putin declared the strikes to be inevitable.

The vulnerability of Russia’s military has been exposed by a number of humiliating incidents and assaults on military installations, including those in occupied Crimea.

The post Near the Ukrainian frontline, two Russian airbases are rocked by explosions. appeared first on OUR INDIA. 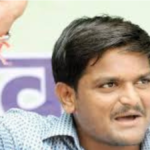