The name of the airport reflects the traditions and rich cultural heritage of Arunachal Pradesh and its age-old indigenous reverence to the Sun (‘Donyi’) and the Moon (‘Polo’), a statement by the Prime Minister’s Office stated.

It would be a great boost in the conectivity sector as well as tourism sector  of Arunachal Pradesh.

In 2019, PM Modi laid the foundation stone for the construction of Greenfield Airport at Hollongi and inaugurated retrofitted Tezu airport. According to an official statement, the terminal at Hollongi has been constructed at approximately a cost of Rs 955 crore with an area of 4100 sq m. It has a peak handling capacity of 200 passengers per hour.

The airport has been developed in an area of over 690 acres, at a cost of more than Rs 640 crore. With a 2,300 m runway, the airport is suitable for all weather day operations.

“The airport terminal is a modern building, which promotes energy efficiency, renewable energy, and the recycling of resources. Donyi Polo Airport will be the third operational airport for Arunachal Pradesh, taking the total airport count in the North-East region to 16. From 1947 to 2014, only nine airports were built in the North-East. In a short span of eight years since then, the Modi government has built seven airports in the North-East,” read the official statement.

Flights connecting Hollongi, which is around 15 km from Itanagar, with Mumbai and Kolkata will operate daily barring Wednesday.

A weekly flight service connecting Hollongi with Kolkata on Wednesdays will begin on December 3. 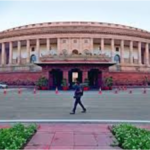 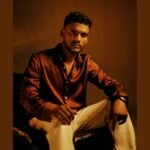