A Minister from the Trinamool Congress, Akhil Giri, has come under severe criticism from the BJP over his comments on President Droupadi Murmu.

In a video that has gone viral, the Minister for Correctional Administration, while addressing people in Nandigram on Thursday, is seen saying: “He (Suvendu Adhikari) said that I am not good-looking. How beautiful is he? We don’t judge anyone by their appearance. We respect the office of the President (of India). But how does our President look?” Akhil Giri asked a crowd of people.

Sukanta Majumdar, the state’s BJP leader, also made fun of the Mamata Banerjee administration. Mamata Banerjee, the chief minister, has long been anti-tribal. Akhil Giri, his minister, went farther and made sexist remarks about the president’s appearance. Why do she and her government detest tribal people so much? Majumdar tweeted something.

Previously, Congress MP Adhir Ranjan Chowdhury had found himself in an uncomfortable spot after referring to President Murmu as “Rashtrapati”. Congress leader Udit Raj, too, had faced a backlash for accusing the President of ‘sycophancy’. Both the leaders later apologised for their remarks. 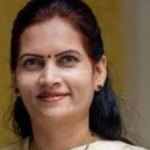 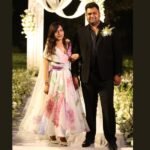