Actor Raj Anadkat, who played the role of Tipendra ‘Tapu’ Jethalal Gada in Taarak Mehta Ka Ooltah Chashmah, broke his silence after reports emerged that he has quit the show. Taking to Instagram on Tuesday, Raj posted a note announcing that he has ‘officially ended’ his association with the serial.

Raj wrote in the Instagram post, “Hello Everyone, It’s time to lay all questions and speculation to rest. My association with Neela Film Productions and Taarak Mehta ka Ooltah Chashmah has officially ended. It has been a wonderful journey of learning, making friends and having some of the best years of my career.”

He continued, “I would like to thank everyone who supported me in this journey – The entire team of TMKOC, my friends, family and of course all of you (red heart emoji). Everyone who welcomed me into the show and loved me as ‘TAPU ‘ Your love for my craft has always pushed me to give my best to each and every one of you, every single time.”

He ended the note by wishing his TMKOC co-stars luck and promising his fans that he would be back soon to entertain them.

The post Raj, who plays ‘Tapu’ in Tarak Mehta ka Ooltah chashma quits the show appeared first on OUR INDIA. 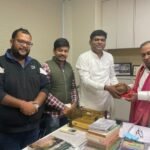 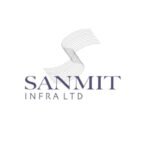