Ahmedabad (Gujarat) [India], November 18: “Rakshak – Ek Shaam Gujarat Police Ke Naam”, a unique programme dedicated to Gujarat police, which was scheduled to take place in Ahmedabad on November 19, has been postponed due to the Gujarat legislative assembly elections.

An initiative of Shree Sai Women and Children Welfare Trust, the special programme was the first of its kind organised dedicatedly for the police in Gujarat.

“We have postponed the programme for now considering the upcoming Gujarat elections, the rules and norms of the Election Commission, and our duty as good citizens of the country. A new date of the programme will be announced very soon,” said Brijmohan Sood, Managing Trustee of Shree Sai Women and Children Welfare Trust.

Sood extended his sincere thanks and gratitude to everyone who was directly or indirectly associated with the programme and extended their cooperation for it.

Himachal Pradesh Police’s famous band “Harmony of the Pines” was scheduled to perform at the spectacular event. More than 20 noted artists from the Gujarati film industry and Bollywood were also slated to perform at the event and salute the efforts and selfless service of Gujarat police personnel.

The event was organised by Shree Sai Women and Children Welfare Trust, in association with Sarjan The Spark, Karnavati Club, and the Youth and Cultural Activities Ministry of Gujarat and Home Ministry of Gujarat. All thirty-three districts and four police commissionerates of Gujarat were covered in the programme, and police officers from each of the districts and commissionerates were planned to be felicitated with medals and certificates to recognise their excellent service. 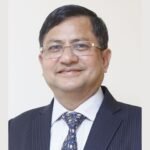 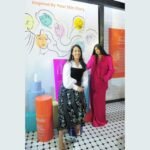