Mumbai (Maharashtra) [India], November 26: Ranbir’s fans can rejoice as his movie, Shamshera will be premiering on Star Gold on November 27, at 8 pm. Shamshera is a 2022 film starring Ranbir Kapoor, Sanjay Dutt, and Vaani Kapoor in lead roles.

The film, produced by Yash Raj Films and directed by Karan Malhotra, is set in the fictitious city of Kaza, where a warrior tribe is imprisoned, enslaved and tortured by a ruthless authoritarian, Shuddh Singh. Shamshera is a legend for his tribe who relentlessly fights for his tribe’s freedom and dignity.

Ranbir Kapoor plays Shamshera as well as Shamshera’s son Balli in his career’s first double role, but the actor disclosed that the double role was not part of the plan initially, “When the film was narrated to me, it wasn’t offered to me as a double role. But when I heard the story, my immediate response to Aditya Chopra and Karan Malhotra was that let me play the father also as the character was really distinct and interesting.”

Regarding her journey with this film, Vaani said, “Playing Sona in Shamshera was an enriching experience and it offered me a chance to play a diverse character. The scale of the film was one of a kind, with an absolute dream team. Catch the World Television Premiere of Shamshera on Star Gold on November 27 at 8 pm.”

Sanjay Dutt who played the dangerous yet funny Shuddh Singh, said, “I am an actor and if I believe in a script or character, I leave it to the director and go with his vision. Karan’s detailing of Shuddh Singh, helped me get into the skin of my character. I am excited to see the viewer’s reaction to my character with the World Television Premiere on Star Gold on November 27 at 8 pm.”

Director Karan Malhotra said, “We have worked very hard to bring the world of Shamshera to the movie buffs and now finally the film will reach a larger audience through the World TV Premiere on Star Gold on November 27 at 8 pm.”

Star Gold is home to the biggest Blockbuster Movie Premieres on TV. It is where the biggest stars and best-in class movies come together making it India’s preferred destination for entertainment.

The post Ranbir Kapoor Reveals His Reasons For Playing A Double Role In Shamshera As It Premieres On Star Gold On Nov 27 appeared first on OUR INDIA. 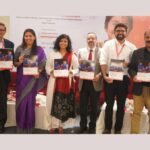 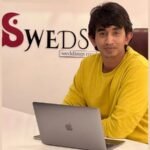