Surat (Gujarat) [India], November 11: Top seed from Surat Siona Gala and Tanish Choksi maintained their supremacy by winning the sub-junior boys and girls (U-13) title at the state-level badminton tournament organized by the Gujarat State Badminton Association (GBA) at the Indoor Stadium in Rajkot. Both the winners will represent Gujarat at the sub-junior National Games to be held in Lucknow.

About 300 badminton players from the sub-junior category participated in the state-level tournament organized by the GBA for the U-11, U-13, and U-15 tiles at the RMC Indoor Stadium in Rajkot from October 31 to November 5.

Surat’s Siona Gala defeated Gandhinagar’s Anusha Pandey 21-14 and 21-14 points in the singles badminton tournament of U-13 title. In the girls’ doubles competition, Siona and Anusha Pandey defeated Ahmedabad’s Avani Patel and Yuva Patel for 21-11 and 21-10 points.

In the boys doubles U-13 category, Surat’s Tanish Choksi and Kutch’s Bhashya Pathak defeated Mehsana’s Rudra Chauhan and Ahmedabad’s Parth Puri for 8.21, 21-12 and 21-10 points. Moreover, Tanish Choksi was declared the runner-up at the boy’s singles tournament.

Both Siona and Tanish are coached by Maneet Pahuja. Following the win in the U-13 category, the players will represent Gujarat at the sub-junior National Games to be held in Lucknow.

The post Surat’s Siona and Tanish win under 13 badminton title under the guidance of Badminton Coach Maneet Pahuja appeared first on OUR INDIA. 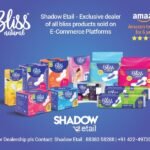 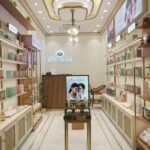