0
The decision by the school service commission to hire approximately 1,500 physical education and work education teachers in secondary schools by creating new positions was temporarily halted by Justice Biswajit Basu of the Calcutta High Court on Friday.
The temporary ruling will stay in effect at least through December 1.
The directive stated that the candidates who had received recommendation letters “shall not be offered appointments in the meantime
.”The commission announced in a notification on May 19 that it will create openings to hire roughly 1,500 physical and work education teachers.
The West Bengal School Service Commission has handed out recommendation letters for employment to over 1,250 individuals as part of the recruitment process.
By November 30, the state education department must provide an affidavit declaring whether the positions will be filled from among applicants who were allegedly denied employment due to recruitment irregularities.
On that day, the matter will be heard once more.
According to a lawyer, the court requested information from the state regarding the recruitments prior to the appointments.
“I am simply concerned about the fate of kids,” the judge declared when giving the ruling. “I want to know whether effective teachers are going to be recruited in the said posts.”

Bikash Ranjan Bhattacharya, an attorney for the petitioners, questioned whether the state or the commission could independently create new positions for teachers during the hearing.

S.N. Mookherjee, the advocate general, argued that the state has the right to do this.

Judge names CBI SIT leader Ashwin Shenvi, a CBI deputy inspector general, will be in charge of the SIT’s investigation into claims of irregularities in school hiring.

Shenvi must take over the squad in seven days, according to an order from the high court’s Justice Abhijit Gangopadhyay on Friday. Shenvi is currently assigned to the Chandigarh office of the CBI’s anti-corruption division.

Following the judge’s directive on Thursday, the CBI on Friday submitted a list of three DIG-level CBI officers. They are Michael Raj, Ashwin Shenvi, and Sudhangshu Khare.

The post The Calcutta High Court orders a temporary halt to the hiring of teachers. appeared first on OUR INDIA. 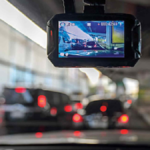