The winners of the 2010 FIFA World Cup Spain’s campaigns in 2014 and 2018 were forgettable, but the 2022 edition offers a chance for a young Spanish squad with a new style.

With the exception of central midfielder Sergio Busquets, the team that won the 2010 World Cup has lost its edge, and head coach Luis Enrique chose 14 players who were 25 or younger.

“It is true that the experiences we had in the past did not match our expectations. With a young team in football, we have a chance “Cesar Azpilicueta, a Spanish defender competing in his third World Cup, told reporters.

“Only Busquets from the World Cup victors’ team is left, which is a significant departure from previous World Cups. Football is getting more and more competitive every day, so we must band together. We intend to build on such insights.”

On November 23, Spain will play their opening Group E matchup against Costa Rica.

Azpilicueta also emphasised the trust of Gavi, an 18-year-old midfielder for Barcelona. Spain won their Nations League group with the aid of Gavi. The 20-year-old Ansu Fati might unnerve defenders, according to Azpilicueta.

“He (Fati) has a lot to offer the group. He is extremely young, but he has courage, stated Azpilicueta. He creates opportunities and searches for openings. Of course, we have players with a variety of traits, and Ansu can be crucial. He’s in excellent shape.

Azpilicueta believes that winning the FIFA World Cup with Spain would be the cherry on top of a trophy-laden career with his Premier League team Chelsea. “I made my Spain debut in 2013 in Qatar against Uruguay, so having an incredible team win the World Cup here would make for an interesting tale.

The post The FIFA World Cups in 2014 and 2018 were not what we had hoped for: Cesar Azpilicueta of Spain appeared first on OUR INDIA. 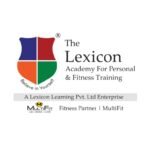 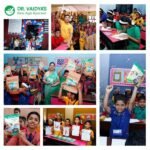