On Friday, the Trinamool Congress (TMC) condemned actor and BJP MP Paresh Rawal for making a remark about Bengalis while he was BJP campaigning in Gujarat.

“Gas cylinders are pricey, but the cost will decrease. People will also find work. But what would happen if Bangladeshis and Rohingya migrants start settling nearby, like in Delhi? What are your plans for gas cylinders? Fish is cooked for the Bengalis?” Paresh Rawal stated in his speech at a rally on Tuesday.

Debangshu Bhattacharjee, the head of TMC IT, stated: “Modi ji came to power over the hike in gas and LPG prices. Paresh Rawal, does he forget this? Both Hindus and Muslims are impacted by rising gas prices. The fact that Paresh, who produced a movie like Oh My God and claimed to be protesting against the business of religion, is saying such things during an election in order to earn two votes in Gujarat, is disgraceful.

“He needs to keep in mind that Bengal also gets to see his movies. He believes that the only thing one can do with gas price reductions is prepare fish for Bengalis, which is terrible. The BJP MP is now associating Bengalis with illegal immigrants, Bhattacharjee continued, criticising him. 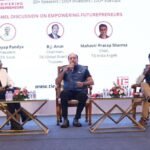