The Kolkata Municipal Corporation (KMC) will issue certificates of occupancy to residents in crumbling structures, according to the city’s mayor Firhad Hakim. It will serve as evidence that they occupied the structure prior to its demolition, he said.

The certificate is intended to give residents peace of mind that they will have a place to call home in the new building that will be built in its place when the deteriorating one is demolished. Municipal officials anticipated it may simplify the process of tearing down weak structures.

In the Kolkata municipal region, 142 structures have been deemed to be “extremely vulnerable,” according to the mayor. Residents of such buildings frequently baulk at leaving out of concern that they won’t be able to find housing in the new construction.

We’ll issue certificates of occupancy to those who live in unsafe structures, according to Hakim. The KMC had been preparing to establish the service of giving occupancy certificates for some time, and it was said that the residents would receive the same area (in the new construction) that they are already enjoying.

On Thursday, the Assembly approved a bill that sought to add the clause to the KMC Act. The modified act will next need to be approved by the governor before the law department can publish it. The day when the amendment will go into effect will then be announced by the municipal affairs department. According to city officials, tenants of abandoned buildings won’t be reluctant to leave once they get the occupancy certificate, allowing the building to be demolished. Currently, tenants frequently refuse to leave, according to a KMC representative.

If there is no quick plan to establish a new one, the residents may construct a temporary village in the area that has been cleared, according to Hakim. The KMC representative stated that the specifics of how to identify the real residents would be decided later.

In buildings with many occupants, the KMC Act contains a clause that permits the development of additional space. In these unique situations, the construction regulations are relaxed so that the developer can sell the space and turn a profit after rehabbing all previous occupants.

The post To make it easier to leave dangerous homes, KMC will provide occupancy papers. appeared first on OUR INDIA. 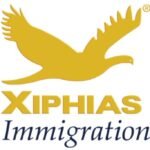