India, November 14: For all the music fans from Chattisgarh, Ankush Daman aka DJ Ankush Akd has released yet another love song titled ‘Tor Style He Kamaal’ with the touch of Chattisgarhi music, which is making waves among the music lovers on YouTube.

The song has been released by Evo Music Company and sung by Subham Sahu and Rapper Lalit Sahu. The song’s lyrics are written by Lalit Sahu and Keanu Raj.

Tor Style He Kamaal is sung in the Chattisgarhi language and has created waves on social media platforms. The song has become popular among millennials.

DJ Ankush is the lone music componser from Chhattishgarh delivering songs with soothing music and rhythm. Until now, he has released songs such as Mama Ka DJ, CG Ke Raja, and Soni Soni in the Chhattishgarhi language.

“Unlike the popularity of the Punjabi, Bhojpuri and Hindi songs, I want to give a different identity and a new genre to the Chattisgarhi songs,” said Ankush Daman. “Tor Style He Kamaal is a  love song in the style of  with its catchy chorus, groovy beats and sounds. All in all, it’s a great composition, with a soothing buildup. The lyrics have a beautiful flow”.  https://www.youtube.com/watch?v=zZDzCZ_VDd8

The post Tor Style He Kamaal song in Chattisgarhi language making waves on YouTube appeared first on OUR INDIA. 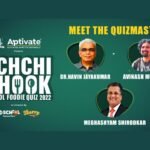 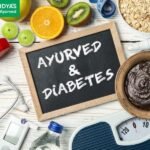