0
Mamata Banerjee, the chief minister of West Bengal, encouraged people on Thursday to get tested for dengue fever as soon as possible and to begin treatment right once if the results are positive.
She expressed the optimism that the dengue situation in the state will continue to improve and asserted that it was not as severe as “some individuals” had said.

“I urge those with fever not to sit at home but undergo test. Do not delay it. This will help in treating the disease. There are not many dengue cases in the state at present. The situation will definitely improve,” Banerjee said at an administrative meeting in Ranaghat.

She advised people to follow necessary precautionary measures to combat the mosquito-borne disease.
“There are people who are spreading wrong information. I urge people to keep their surroundings clean and take measures to prevent water accumulation. Everyone has the responsibility to help control the disease,” she said.

The state’s health secretary, N S Nigam, who was present at the meeting and was questioned by the chief minister, responded that “the overall positive rate of dengue in West Bengal is going down.”
Nigam continued, “Those affected are being watched.”
A 14-year-old girl with dengue passed away in a state-run hospital in Kolkata at this time.
She was a native of the city’s Garfa district.
Of the 5,362 patients who underwent the test in the last 24 hours, 723 tested positive for dengue, according to Director of Health Services (DHS) Dr. Siddhartha Niyogi.
In comparison to previous week, he continued, “the number of instances has decreased.”

The post West Bengal’s Chief Minister Mamata Banerjee urges those who are contagious to get tested for dengue immediately. appeared first on OUR INDIA. 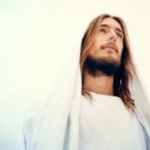