Deepak Nitrite Ltd had earlier announced with respect to fire incidence around warehouse of Company’s manufacturing site located at Nandesari, District Vadodara, in the State of Gujarat (‘Plant’).

The fire which included burning of bags and products within, also caused liberation of grey smoke thereby affecting ambient air quality in the nearby area, as per air monitoring carried out by Gujarat Pollution Control Board (‘GPCB’). Further, dousing of fire generated large amount of waste water which was non-compliant due to usage of foam, as per samples drawn by GPCB outside the factory premises from GIDC storm water drain.

The Company has been directed by GPCB for payment of Rs. 1 crore as an interim Environmental Compensation.

The Company has also been directed to submit Bank Guarantee of Rs. 5 Lakhs each under Air Act and Water Act, along with revocation application.

The company is in the process of complying with the directions of GPCB as well as other government authorities. The company shall submit the compliance report to the authorities soon and expect to receive the permission to restart the Plant after necessary inspections, audits done by the authorities to their satisfaction. 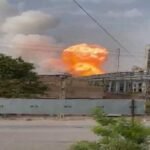 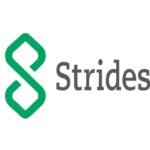