Strides Pharma Science Limited (‘Strides’ or ‘Company’), a global pharmaceutical company announced today that it is investing in SteriScience Pharma Private Limited (‘SteriScience’) to make it the Company’s dedicated arm for global sterile injectables business. SteriScience has started the development activity for 20+ quick to launch products and expects the first Abbreviated New Drug Application (‘ANDA’) filing to be achieved within FY21. Furthermore, SteriScience has entered into a Joint Venture (‘JV’) with Brooks Laboratories Limited (‘Brooks’) for building a robust carbapenem business with integrated manufacturing capabilities. The transaction with Brooks is subject to approval from the shareholders of Brooks.

As Agila Specialties (‘Agila’), Strides operated a sizeable sterile injectable business with nine global manufacturing plants and established capabilities for carbapenems, beta-lactams and oncology. Agila enjoyed a formidable position in the marketplace with significant domain expertise and over 200+ filings in the US with 180+ filings in other regulated markets. At the right strategic opportunity, the business was sold to Mylan Inc. (‘Mylan’) for an enterprise value of $1.6 billion with ₹605 per share distributed as a special dividend to Strides shareholders, a corporate record for India.

On September 20, 2019, Strides announced that it would re-enter into sterile injectables business post the completion of the Company’s non-compete period with Mylan. The non-compete period ended in December 2019. Given the unexpected developments due to Ranitidine product withdrawal from the US markets and COVID-19 outbreak, the Company had put on hold all the new investments. However, the Company retained the option to participate in the injectable platform SteriScience in partnership with the family office of the promoters until December 2020 with a ~54% economic interest.

The investment in SteriScience will allow Strides to leverage its rich expertise and experience in the high-value injectables business. SteriScience is designed for a global foray in sterile injectables leveraging the group’s rich experience in the domain. It will be a lighter, faster, and yet more valuable platform with a robust B2C strategy that bodes well with the industry opportunity.

Strides and the family office of promoters will partner to infuse capital into SteriScience. The partners will also transfer their current sterile injectable related assets and Intellectual Property (IP) to the platform at cost. The business will require a total investment of ₹4,000 million (₹2,500 million equity and ₹1,500 million debt) until it achieves an operational break-even in the next 24 months. The partners will invest this amount in proportion to their ownership (Strides will contribute ₹1,350 million for a ~54% ownership, while the family office of the promoters will make the remaining investments). The investments are envisaged for the following:

a. Development of the Portfolio

SteriScience has already commenced the development of a compelling portfolio driven by a three-pronged strategy viz. acquired IP with significant cross-market opportunity, in-house development of products and by strategic partnerships with high-quality R&D organizations to in-license late-stage products with a focus on specialty injectables. The Company expects to develop 20+ quick-to-market products and will file its first ANDA within FY21.

b. Joint Venture with Brooks for Carbapenems

SteriScience has entered into a JV with Brooks to carry out manufacturing, marketing and distribution of carbapenems for the global markets. Carbapenems are a class of highly effective antibiotic agents commonly used for the treatment of severe or high-risk bacterial infections. It is a $2 billion+ global opportunity with limited players having dedicated capabilities to manufacture these products. As part of the transaction with Brooks, SteriScience will have a majority economic interest to commercialize four products in the global markets along with the integrated infrastructure to manufacture both drug substance and drug product internally. The broad terms of the JV transaction between SteriScience and Brooks are:

ii. SteriScience will invest ₹100 million in the front-end entity for the regulatory filings. The EU Filing for the first product was completed in August 2020.

iii. Subject to the approval from Brooks’ shareholders, Brooks shall transfer its EU approved manufacturing facility at Vadodara, India to a Joint Venture Company on a debt-free basis. SteriScience will have ~27% economic interest in this Joint Venture Company and will invest up to ₹400 million over 12-15 months period in this facility to create additional capabilities including the manufacturing of all carbapenem APIs and also to commission a dedicated lyophilization line for Ertapenem.

iv. This manufacturing facility will be an exclusive partner to the front-end entity for the international markets. 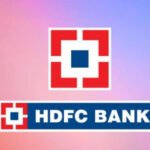 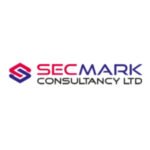