MUMBAI: Bharat Petroleum Corporation today reported a 28 per cent year-on-year fall in net profit to Rs 1,501.6 crore for the quarter ended June, which was below analysts’ expectations.

The company’s sales in the reported quarter, however, surged 77 per cent on-year to Rs 89,687 crore, which was sharply higher than estimates.

The strong sales performance by the company was due to the low base of the year-ago quarter when the national lockdown severely hit demand for retail fuel in the country. However, the performance would have been even better if not for the second wave of the pandemic in the June quarter.

The company’s bottomline, however, has suffered from the sharp rise in expenses in the quarter. Bharat Petroleum’s total expenses jumped 82 per cent year-on-year, growing at a faster tick than revenues.

The surge in expenses is largely driven by raw material costs due to sharp rise in global crude oil prices in the quarter. BPCL’s cost raw material soared to Rs 26,805 crore for the quarter ended June as against Rs 9,238 crore in the year-ago quarter.

Shares of BPCL were down 0.7 per cent at Rs 446.7 on the National Stock Exchange. 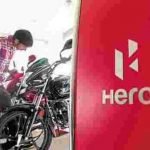 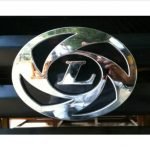