Senior government representatives and engineers visited two villages in Belpahari on Wednesday in an effort to find a solution to the drinking water crisis that locals had complained to chief minister Mamata Banerjee about on Tuesday. They were led by Jhargram district magistrate Sunil Agrawal.

On her way back to Jhargram town from a state government event at Belpahari, Mamata stopped in at Kurchibani and Malabati villages, where locals had informed her of their issues with the availability of drinking water.

“I had a meeting with the DM and the SP on the problem of drinking water in those villages. They will get drinking water supply by today (Wednesday)…,” Mamata told journalists in Jhargram before leaving for Calcutta on Wednesday afternoon.

“We will set up a pump and reservoir to supply water. In one village, there is a street connection for piped drinking water, but it is not enough. So we have ensured 24/7 water supply,” said Agrawal, adding he hoped “supply would start from Wednesday evening”. 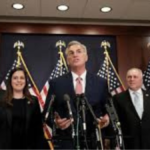