Rishi Sunak, the prime minister of the United Kingdom, has approved 3,000 visas every year for young professionals from India to work in the country.

The UK-India migration and mobility cooperation, which was established last year, is strong, according to the British government, which claimed that India is the first visa-national country to profit from such a programme.

Today the UK-India Young Professionals Scheme was confirmed, offering 3,000 places to 18-30-year-old degree-educated Indian nationals to come to the UK to live and work for up to two years,” the UK Prime Minister’s Office said in a tweet.

Sunak and Prime Minister Narendra Modi had a brief meeting on Tuesday at the 17th G20 Summit before this announcement. After the first British prime minister of Indian descent took office last month, it was their first meeting.

Prime Ministers @narendramodi and @RishiSunak in conversation during the first day of the @g20org Summit in Bali,” PM Modi’s Office said in a tweet.

According to a statement from 10 Downing Street, “the introduction of the initiative represents a landmark milestone for both our bilateral relationship with India and the UK’s wider commitment to creating better linkages with the Indo-Pacific region to develop both our economies.”

It claimed that of all the nations in the Indo-Pacific region, the UK had the most connections to India. India accounts for over a quarter of all foreign students in the UK, and Indian investment in the country sustains 95,000 jobs nationwide.

India and the UK are now negotiating a trade agreement; if it is approved, it will mark the first time India has done business with a European nation. The trade agreement will strengthen the 24 billion pound trading relationship between the UK and India and enable the UK to take advantage of the potential afforded by India’s expanding economy.

The British government claimed that in addition to the mobility agreement with India, it is also enhancing its capacity to deport immigration offenders.

I know first-hand the incredible value of the deep cultural and historic ties we have with India,” Sunak, who is of Indian origin, said.

“I am pleased that even more of India’s brightest young people will now have the opportunity to experience all that life in the UK has to offer – and vice-versa – making our economies and societies richer.

“Sunak, however, is expected to take a tougher tone with Xi, with the statement describing the challenges posed by the world’s second-largest economy as “systemic” and “long-term”. His office said China’s “authoritarian leadership” was intent on “reshaping the international order.”

The post After meet with PM Modi, Rishi Sunak greenlights 3,000 UK visas for Indians appeared first on OUR INDIA. 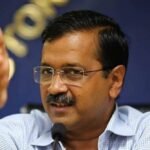 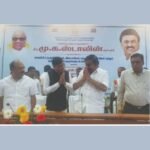