Arvind Kejriwal, the leader of the Aam Aadmi Party, charged the Bharatiya Janata Party with abducting an AAP candidate prior to the Gujarat Assembly elections. The AAP made serious accusations against the saffron party, further escalating the political unrest in the state that is headed to the polls.

On Wednesday, Kejriwal claimed that Kanchal Jariwal had been forced to withdraw his candidacy and had since vanished. According to Kejriwal, the AAP candidate from Surat (East) has been abducted.

“Our candidate from Surat (East), Kanchan Jariwala, and his family have been missing since yesterday. First, BJP tried to get his nomination rejected. But his nomination was accepted. Later, he was pressurised to withdraw his nomination. Has he been kidnapped?” Kejriwal stated on Twitter.

Raghav Chadha, a Rajya Sabha member, echoed Kerjiwal’s claims, saying, “Murder of democracy! BJP kidnapped our candidate Kanchan Jariwala from the Surat East seat. BJP attempted to have his candidacy papers denied in the beginning, then forced him to withdraw, and now they have kidnapped him. He vanished yesterday afternoon.

The post Has the BJP abducted him? Kejriwal claims that AAP candidate for Gujarat elections is absent appeared first on OUR INDIA. 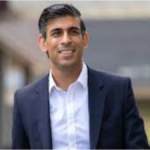