GUWAHATI, NOV 9: Seven members of the All Assam Students’ Union (AASU) Namrup unit tonsured their hair during a sit-in protest in front of the deputy commissioner’s office in Dibrugarh on Wednesday over the delay in setting up of the proposed fourth unit Brahmaputra Valley Fertiliser Corporation Limited (BVFCL) at Namrup.

Nearly 300 members of the students’ body participated in the protest and raised slogans against the government for the alleged move to privatise the fertiliser plant and the failure of the government to set up the proposed fourth unit of the BVFCL.

At the end of the demonstration, they despatched a memorandum to the governor through the deputy commissioner opposing privatisation of BVFCL besides seeking his intervention for fast tracking the fourth unit of the fertiliser plant.

Leading the protest, the president of the AASU Namrup unit Ashim Phukan said, “Since BVFCL is dying a slow death our members decided to tonsure their head as a sign of mourning. The livelihood of hundreds of employees at the plant are at stake but the government is playing politics. There is a conspiracy by the government to privatise the Brahmaputra Valley Fertiliser Corporation Limited. BVFCL which is India’s oldest gas-based fertiliser plant is one of the few surviving industries of the state and it has a great sentimental value for the people of Assam. We have come across reports that the government wants to privatise it but we strongly oppose it.”

AASU Namrup unit general secretary Arindam Dahotia lambasted the BJP-led government in the Centre for its failure to set up the fourth unit of BVFCL Namrup despite repeated assurances. It may be mentioned that former union fertiliser minister late Ram Vilas Paswan during his visit to Namrup on June 26, 2006, had made the first announcement of setting up of a fourth unit of BVFCL to revive the fledgling fertiliser plant.

“The Namrup-1 unit of the BVFCL which was set up in 1969 was shut down in 1986 having passed its shelf life. The remaining two units, Namrup-2 set up in 1976 and Namrup-3 set up in 1987 are struggling to stay afloat. Due to outdated technologies and machineries there has been huge decline in the production of urea in the two units in recent years. The fertiliser plant is unable to cater to the huge demand of urea in the country. The only solution to save the BVFCL plant lies in setting up of the fourth unit but the government has not shown any intent,” the AASU leader said.

In 2018, the Centre had approved in-principle the proposal for setting up of a state-of-the-art brownfield ammonia urea unit (Namrup-4) at an estimated cost of Rs 4,500 crore. An equity share of 52% for Rashtriya Chemicals and Fertilizers Limited (RCF), 26% for Oil India Limited (OIL), 11% for the Assam government and 11% for BVFCL was also proposed by the government. However there has been no progress since then.

The post Assam: AASU members shaves off hair in protest against delay in Namrup fertiliser fourth unit appeared first on OUR INDIA. 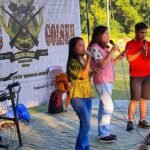