GUWAHATI, NOV 11: The Assam police have seized a huge cache of explosives at Sonari town in Charaideo district of Assam.

A woman from Nagaland was also arrested in connection with the seizure.

At least seven cartons, filled of explosives, were seized by the Assam police from the possession of the woman from Nagaland.

The arrested woman has been identified as Bheri Mizo, who hails from Nagaland.

The explosives were recovered and seized by the police at Sonari in Assam from an auto-rickshaw during a routine checking at Namtola check gate.

Meanwhile, the driver of the auto-rickshaw, identified as Adam Toti has Earlier, the explosives were ferried to Sonari from Guwahati in a night service bus.

Later, the woman tried to smuggle the explosives filled cartons to Nagaland via the Namtola check-gate, where it was recovered and seized.

The post <strong>Assam: Huge cache of explosives seized in Sonari</strong> appeared first on OUR INDIA. 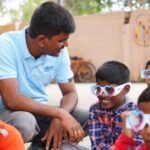 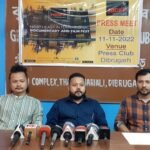