NIDFF is a major venture by the Dibrugarh based independent film production company RedCardinal Motion Pictures (RCMP) with DHSK College as Associate Partner.

The festival aims at bridging the global film industry with that in Assam and Northeast India to facilitate the development of a holistic homegrown creative ecosystem.

The objective is to provide special attention and avenues for Northeastern filmmakers, develop local talent and establish a global network, as a continuos effort.

NIDFF includes a three-day workshop from 4th to 6th January 2023, encompassing the complete filmmaking pipeline from pre-production to post-production with masterclasses from RCMP personnel aimed at providing the techncal know-how that goes hand-in-hand with the art of filmmaking and storytelling.

In-person and remote panel discussions will be conducted on 7th and 8th January, covering topics such as copyright advocacy, entertainment business and creative aspects of the entertainment industry with national and international guest professionals and academics.

Officially selected films will also be showcased during these days followed by an award ceremony on the 8th for the festival winners in different categories. Culminating the events of NIDFF will be the premiere of the much anticipated feature film by RedCarcdinal titled “Jibonsobi.”

RCMP is also involved in developing documentary projects showcasing the unique culture and heritage of different ethnic communities of the region with the goal of cultural preservation and archiving, in addition to various initiatives following NIDFF. Plans are also in place to produce documentaries and films covering places of tourist interest, some of which have been identified as areas of importance by Assam government. The objective is to bolster these efforts across the industry through the vehicle of NIDFF.

The post Assam: NIDFF to host film festival in Dibrugarh appeared first on OUR INDIA. 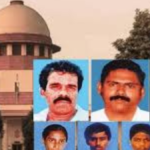