DIBRUGARH, NOV 18:  48-years-old Kalpana Saikia  lost 25 bighas of land in erosion by river Brahmaputra was frustrated with the government policy of rehabilitation.

Saikia, has been living at Raidang area under Balijan Gaon Panchayat in Chabua revenue circle in Dibrugarh, has lost her 25 bighas in erosion. She is now living at Pukhurijan area in PWD land.

“Due to massive erosion from river Brahmaputra river, we have lost our land. We have lost everything due to the maruding erosion. We want permanent solution to solve the erosion which was a ‘curse’ for the people of this area. Before erosion, we are living happily and the river Brahmaputra was far away from us but gradually it come closure and took everything from us. If the erosion will continues then Chabua will be wiped out from Assam’s map,” Saikia said.

Saikia further added, “Due to the maruding erosion, 150 families have become homeless. The erosion has brought miseries  in the life of the people. Everybody have lost huge hectres of cropland in erosion.”

Like Kalpana Saikia, Hemsingh Suraj, 57, lost 19 bighas and 4 bihas of land in erosion. “I’ve lost my 19 bighas of land in Rongmola village, which was gobbled by the river Brahmaputra. The village is now no longer exist. Earlier, everything was good but the erosion has changed our lives. From 1988, the erosion was started in our area and the ‘hungry river’ ate our land  in a very short span of time. When the Siang river mixed with Brahmaputra river, the erosion started in our area because Siang river has been flowing from upper area of Arunachal Pradesh,” Hemsingh Suraj told to this correspondent.

“The Dinjan Army camp which is few kms away from the river Brahmaputra is also posing serious threat of being wiped out. If the erosion will continue for more years then the whole area along with Chabua will be gobbled up by river Brahmaputra,” said Bapi Das, a resident of Pukherijan.

Recently, in an interaction with the newsmens of Dibrugarh, Union Minister Sarbananda Sonowal showed concerned about the issue and said the government has been serious with the erosion problem and taking all slew of measures.

Sarbananda Sonowal also visited the affected areas and assured the people of taking all possible measures to stop the erosion.

The post Assam: Marauding erosion displaced around 150 families in Dibrugarh, waiting for rehabilitation appeared first on OUR INDIA. 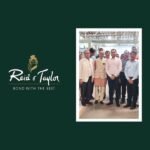 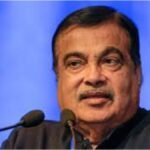