Nitin Gadkari, the union’s minister for roads and highways, highlighted some of the proposed centrally-funded infrastructure projects in Bengal on Thursday, as the Trinamul Congress government accused the federal government of giving the state a stepmotherly treatment.

On Thursday, Gadkari came to this location to lay the cornerstone for a 13 km long, four-lane road that would connect Siliguri’s northeast and northwest ends.We are coming up with four expressways, on which a sum of Rs one lakh crores would be spent. All these are greenfield expressways. The new roads will also encourage fresh investments in Bengal and can pave the way for the creation of employment and the improvement of socio-economic conditions across the state,” Gadkari told newspersons.The Kharagpur-Moregram (230km) four-lane highway is one of the four projects, and it can assist cars from Odisha and southern states in avoiding Calcutta in order to reach north Bengal and the Northeast.

The remaining three expressways are located between Raxaul and Haldia (620 km), Varanasi and Howrah (510 km), and Gorakhpur and Siliguri (510 km) (700km).The minister’s remarks take on significance in light of the Trinamul establishment’s allegations that the Centre withheld state funding as part of a scheme to harm Bengal’s economy.

Gadkar avoided verbal combat with the state government but made it plain that New Delhi was looking for Bengal’s supportOur plan is to start the work next year. We have also made it clear that unless the acquisition of 90 per cent of the required land is done, we will not commence the work. We believe the Bengal government, along with the elected representatives, will carry out the acquisition work. The central government will provide appropriate compensation to those from whom land would be taken,The Mamata government’s reluctance to take over privately owned land has caused a number of government projects, particularly highways, to be delayed in various areas of Bengal.

Gadkari responded after being informed of the issue: “We hope to gain the necessary support from the state administration. We can start the projects right away if land purchase, evacuation of residents, and related tasks like clearance from specific departments are finished on schedule. There is a plenty of money.Gadkari recommended that the state government begin creating plans for the construction of infrastructure along the expressways.

He announced the $3,000 billion construction of an 80-kilometer ring road around Siliguri. “We will also invest an additional Rs 1,400 crore in building a four-lane road from the Sevoke army cantonment to the Coronation bridge. Over the Teesta, a second bridge measuring 6.4 km will be erected in a parallel fashion to the Coronation Bridge. For it, we have set aside Rs. 1,100 crore.

The post Nitin Gadkari’s ‘Road Map’ for Bengal appeared first on OUR INDIA. 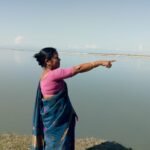 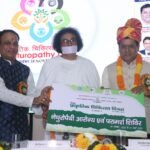