GUWAHATI,  NOV 25: The Dibrugarh district unit of All Assam Civic Bodies Workers’ Federation staged sit-in demonstration in front of Dibrugarh Muncipal Board office over not payment of salaries for many months.

“We demand regularization of our service. Muncipal workers are three types- regular, contractual and master roll. It is unfortunate that the government has not yet provincialized the services of the Muncipal workers,” said Sindhuram Kalita, district, president of  All Assam Civic Bodies Workers’ Federation.

“The Municipal employees had not been paid pending salaries for 6-33 months and these employees were facing financial hardships in running their families,” Kalita added.

The Federation stated, “On May 31, 2021, the Legislative Department, government of Assam, published the Gazette notification on provincialization of 1,653 Municipal employees who were appointed on or before September 4, 2013 out of the total strength of 5,886 posts but till date nothing has been done.”

The state government on Wednesday decided to release the unpaid salaries.

According to reports, the Assam government has decided to release all the unpaid salaries of municipality workers.

Meanwhile, the Department of Fimnance  under the Government of Assam, will release Rs 98.6912 crores for that purpose.

The post Assam: Municipality workers stage-sit in protest over non payment of pending salaries appeared first on OUR INDIA. 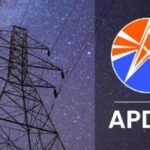