GUWAHATI, NOV 25: Prime Minister Narendra Modi on Friday said India was correcting its past mistakes by celebrating its varied heritage and remembering its unsung bravehearts who were lost in the pages of history that was written as part of a conspiracy during the colonial era.

Addressing the 400th birth anniversary celebrations of Lachit Barphukan, Modi said the history of India was not just about slavery but also about its warriors.

The prime minister said unfortunately even after Independence, the history that was written as part of a conspiracy during the colonial era continued to be taught.

“After Independence there was a need to change the agenda of slavery but it did not happen,” Modi said.

He said in every corner of the country, brave sons and daughters fought oppressors but this history was intentionally suppressed.

“Today, India has broken the shackles of colonialism and is moving forward, celebrating our heritage and remembering our heroes with pride,” he said.

Modi also recalled how Lachit Barphukan had kept national interest above blood relations and did not hesitate to punish his close relative.

The post Lachit Barphukan’s life inspires us to rise above dynasty: PM Modi appeared first on OUR INDIA. 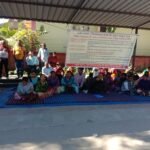 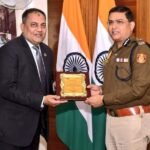