GUWAHATI, DEC 6: A cadre of the United Liberation Front of Asm-independent (ULFA-I) has died in a camp of the proscribed outfit in Myanmar on Sunday due to prolonged illness.

“The cadre, identified as Jugal Sarma alias Private Asom, died while undergoing treatment at 5.45 am on Sunday. He was a newcomer and was the 20,759th cadre of the rebel outfit. The ULFA(I) has expressed deepest condolences at his demise,” the rebel outfit said in a statement issued on Monday.

30-year-old Jugal was a resident of the Noonmati area in Guwahati. According to reports, Jugal had joined the ULFA (I) in March last year.

The ULFA-I has declared Jugal Sharma as an ‘Amar Mritak’ (Martyr) for his contribution to the struggle spearheaded by the outfit for independent Assam.

On the other hand, the Assam police have started an operation in which the state police are trying to track the source of the funding for the banned outfit.

“The proscribed outfit is in dire need of money to carry out its operation across the state,” the source added. 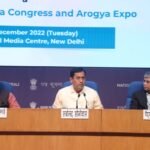 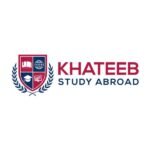