Prime Minister is gracing the valedictory function of WAC on December 11 in Goa. On this occasion, Union Minister of Ayush  Sarbananda Sonowal said,”Establishment of these institutes is in line with the Prime Minister’s vision of expansion of infrastructure and human resources, promotion of research in the traditional medical systems. Through these institute Government of India will be further strengthen its capabilities to provide affordable healthcare to every citizen and every region of the country.”

The post <strong>Prime Minister Narendra Modi to dedicate three National Ayush Institutes to the nation on Dec 11</strong> appeared first on OUR INDIA. 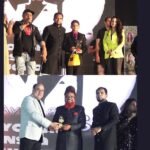