GUWAHATI, NOV 29: Two postgraduate students of Assam Medical College (AMC) were expelled from hostel and suspended from attending classes after they were found guilty of ragging junior PG students of AMC.

The Anti-Ragging Committee found both of them guilty and immediately suspended them from attending classes and expelled them from hostel.

The PG students have been identified as Dr. Sayan Mukherjee and Dr.Saket Saraf.

The AMCH authority has taken the decision on November 21,2022.  But the incident came to light after the ragging incident of Dibrugarh University.

“On the basis of the report of the Anti-Ragging Committee, the following Postgraduate students of the department of Orthopedics, Assam Medical College, Dibrugarh were found guilty of harassing junior Postgraduate students both physically and mentally, which is a gross misconduct. Hence, on the recommendation of the Anti-Ragging Committee, the following disciplinary actions are imposed upon the guilty PG students of department of Orthopaedics,” the office order of AMC stated.

Talking to the correspondent, Dr Sanjeeb Kakati, principal and chief superintendent of AMC said, “We have received a complaint against ragging at AMCH. Immediately, a meeting by Anti-Ragging Committee was held and we have suspended both the PG students from attending classes and expelled them from hostel. On Nov 21,2022, the Anti-Ragging Committee have taken the decision.”

On the other hand, the family members of the victim students thanked AMCH authority for the timely action. 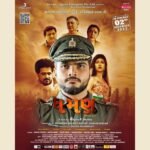