Following her supreme leader’s footsteps she engaged in name-calling & described Hon’ble PM & Hon’ble HM as Duryodhan & Dushasan from a political rally today at Malda.
But, her hatred for Gujaratis is incomprehensible. She labelled the people of Gujarat as traitors.
Unfortunate. pic.twitter.com/N3itfdpCfM

Outside the Bengal Assembly on Monday, BJP MLAs demonstrated against Sabitri Mitra and demanded that she retract her comments. The MLA, however, refused to apologise and stated, “Why should I say sorry for statements which I haven’t spoken? ” in an interview with India Today. I didn’t refer to the PM or HM as “Duryodhan and Dushashan.” BJP leaders referred to the TMC as a party of dogs and compared Mamata Banerjee, the chief minister of West Bengal, to “Suparnakha.” My criticism is of the BJP leaders’ insulting remarks.

“This habit of using abusive language against senior leaders is under the patronage of TMC leaders,” BJP MLA Agnimitra Paul protested Mitra’s remarks. We find it shocking that somebody would have the audacity to say such things. Actually, Mamata Banerjee exudes such strength because she speaks in such terms.

The post Why should I say sorry? asks TMC MLA for remarks against PM Modi, Amit Shah appeared first on OUR INDIA. 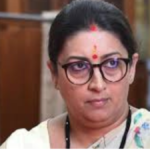