In order to defeat the Trinamool Congress in the next panchayat elections, BJP MP Saumitra Khan urged all opposition parties—including the Congress and the Left Front—to work together.

Khan’s idea was, however, rejected by the Left Front and the Congress because they saw the BJP and the TMC as “two sides of the same coin.”

The TMC in power asserted that Khan’s plea demonstrated the existence of a tacit agreement between the three parties in West Bengal.

“Yes, in West Bengal, we are fighting against the TMC. But that doesn’t mean we will join hands with the BJP. For us, the TMC and the BJP are grave threats to Bengal,” he said.

His remarks were made in light of the opposition parties’ victories in the cooperative elections that were held in Purba Medinipur and other areas of the state.

Adhir Ranjan Chowdhury, the president of the West Bengal Congress, declared that the grand old party would never ally itself with the saffron camp.

Sujan Chakraborty, a member of the CPI(M) central committee, echoed him when he declared that the Left and the secular forces would soon defeat both the TMC and the BJP.
“Both the TMC and the BJP are equally important.
Those who were TMC leaders until a few years ago are now BJP leaders, and vice versa.
The topic of working together with the BJP doesn’t arise because there is no difference between the two, he remarked.
The cat is now out of the bag, according to the TMC verdict.
“The truth has come to light.
We have claimed that a tacit agreement exists between the Left, Congress, and BJP in West Bengal ever since the previous Lok Sabha elections.
We were correct, as Saumitra Khan has demonstrated,” senior TMC leader Tapas Ray said.

The post BJP MP argues that Congress and left to defeat TMC in rural polls appeared first on OUR INDIA. 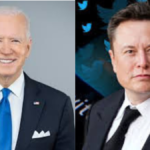