0
Elon Musk, the owner of Tesla and Twitter, has ties to foreign countries, and US President Joe Biden stated on Thursday that these ties are “worth being looked at” in light of national security concerns.
President Biden was replying to a query about whether he believed Musk posed a threat to national security and whether the US government should look into his purchase of Twitter with assistance from a Saudi Arabian corporation.
“I think that Elon Musk’s cooperation and or technical relationships with other countries is worthy of being looked at, whether or not he is doing anything inappropriate. I’m not suggesting that, I’m suggesting it’s worth being looked at,” he said.
Musk paid $44 billion for the social media platform Twitter last month, but advertisers have already stopped their expenditure out of concern for content moderation and the potential re-admission of suspended users like Donald Trump.
Musk outlined the future in a series of tweets, saying that social media must progress to become the world’s most reliable information provider.
Lastmonth, the White House denied allegations that the country was considering starting a national security investigation into some of Musk’s businesses, including Twitter.

The post Elon Musk’s ties to other nations worthy of being looked at says US President appeared first on OUR INDIA. 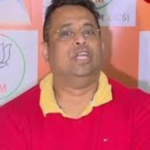