At least six persons were killed in a house collapse on Wednesday in the Doti area of Nepal as a result of an earthquake with a value of 6.3 on the Richter scale. Parts of the Delhi-NCR region felt the tremors as well. At least six deaths and five injuries were reported by Kalpana Shrestha, the chief district officer of Doti.

“Five injured individuals were being sent to the hospital while five at least six persons were slain. At various areas throughout the district, landslides have damaged dozens of homes”, ANI news agency cited the official as saying.

At 1.57 am on Wednesday, the third earthquake of 6.3 magnitude struck the nation; tremors were registered in Delhi in the wake of the earthquake in Nepal’s Doti district.

Numerous regions of North India, including Uttar Pradesh and Uttarakhand, also experienced powerful earthquakes. But so far, there have been no reports of casualties, injuries, or property Damage. Following the brief shocks, several users in the capital city and nearby areas turned to social media networks. 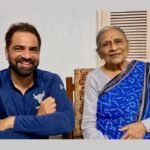