GUWAHATI, NOV 9: The water in Arunachal’s Siang river has turned muddy, which indicates of construction activity in upstream China.

This has turned out to be a major concern living downstream.

According to reports,  the river turned muddy/turbid three days ago.

As per the official, the change in colour or the mud in the water is unnatural as there has been no rain in the recent past.

The authorities are now monitoring the situation but the primary reason has been termed to be some construction activities on the Chinese part of the river.

In China, the river is called Yarlung Tsangpo and it is suspected that there might be earth-cutting over it which has turned out to be a major concern now.

Another cause may be landslides in Upper Stream but nothing can be said till a proper investigation is done.

Fishermen and locals dependent on the river for agricultural purposes are worried over the sudden change of colour of Siang water.

In December 2017, the river had turned black, triggered panic in the state. Arunachal Pradesh Chief Minister Pema Khandu had, at that time, personally monitored the condition of the river and requested the Centre to look into the matter. India had then taken up the matter with China. 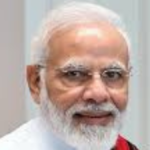 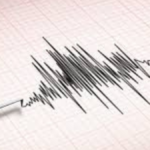