0
The Calcutta High Court dismissed a contempt complaint against state Director General of Police (DGP) Manoj Malaviya on Monday. Suvendu Adhikari, the leader of the opposition in the West Bengal Assembly, had claimed that he had been denied permission to visit the Netai village in Paschim Medinipur district on January 7 despite providing an undertaking.
The petition had previously been the subject of a rule of contempt from Justice Sabyasachi Bhattacharyya, who made the observation that it could not be conclusively established that the state had wilfully broken its commitment in the strictest sense.
Justice Bhattacharyya dismissed the DGP’s contempt complaint, noting that he could not be held automatically accountable for the conduct of other accused contemnors on the field.
Adhikari, however, said that he will move the Supreme Court to challenge the High Court order. “Received the news of dismissal of the contempt petition filed by me against DGP & IGP; WB & other Police Officers pertaining to the Netai incident. I’ve decided to challenge the dismissal order before the Hon’ble Supreme Court of India under Article 136 of the Indian Constitution. I am in the process of consultation with my legal team in the meanwhile and waiting to receive a copy of the order,” he said in a tweet. according to the reprot of Indian Expres.

The post HC dismisses Suvendu contempt plea against DGP Malaviya over ‘no entry’ appeared first on OUR INDIA. 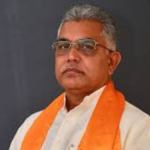 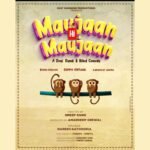