The Union Minister of Ports, Shipping & Waterways and Ayush, Sarbananda Sonowal said that the India’s Ayush sector is performing well and is aiming to secure a market of USD 23 billion by 2023.

The minister was attending the closing ceremony of the silver jubilee celebrations of Ayurveda Vyaspeeth held at Suresh Bhatt auditorium in Nagpur. The event was also attended by the Chief Minister of Goa, Vaidya Pramod Sawant; and Pramukh of Rashtriya Swayam Sevak Sangha, Mohanji Bhagwat among other leading practitioners of Ayurveda, Vaidyas and officials of Ayush ministry.

Speaking on the occasion, the Union Minister, Sarbananda Sonowal said, “Ayurveda is one of the finest practice that has emerged from our rich heritage of more than five thousand years. The call for Vocal for Local by Prime Minister Narendra Modiji gave a boost to the Indian traditional practices with rich experience of enriching human lives. With a laser sharp approach under the dynamic leadership of PM Shri Narendra Modiji, the Ayush sector has been performing tremendously well.

The wide acceptability of Ayurveda, along with other traditional medicinal practices, has given a shot in the arm to the Ayush sector globally and we believe that the Indian Ayush sector will capture a market of no less than USD 23 billion by 2023.

The Ayush ministry is also undertaking many initiative to enable our Ayush sector to reach this objective within the desired timeframe.

Speaking further about the role played by the Ayurveda Vyaspeeth, the Union Minister, Sarbananda Sonowal, further said, “Ayurveda Vyaspeeth has remained deeply committed to serve the nation for 25 years selflessly. We acknowledge the role played by the institute in creating awareness about Ayurveda. On this pious occasion, I wish the institution well round development and growth. It is important that the education, research, scientific investigation as well as its propagation of Ayurveda must be done as per a rational and scientific evaluation process. I call upon the experts, vaidyas, medicine producers and everyone associated with the sector to work towards this and strive for excellence. We must all join hands to enhance the role of the traditional medicinal practices in enrichment of human lives. As the global centre for traditional medicinal practices by the World Health Organisation (WHO) is coming up in Gujrat, India is poised to lead from the front and provide the leadership in theevolution and expansion of traditional medicinal practices among all sections of humanity. It is a matter of great pride that the Ayurveda Day was celebrated spontaneously and actively across all sections of the society. In order to popularise Ayurveda, we must strive and move forwards towards propagation of Ayurveda with an ultimate objective of ‘Jan Sambad, Jan Bhagidari, Jan Andolan, Jan Arogya.”

The post India’s Ayush Sector to increase its market share to USD 23 billion globally by 2023: Sarbananda Sonowal appeared first on OUR INDIA. 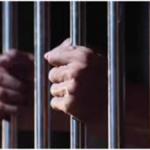