Italian Prime Minister Giorgia Meloni underlined support for what she called the “unexpressed growth potential” of the bilateral relations on Thursday and pledged Italy’s help during the upcoming Indian G20 chairmanship.

“Our shared desire to take advantage of the yet untapped growth potential of our bilateral relations is confirmed by this meeting with Prime Minister Narendra Modi. Italy will make careful to cooperate during the upcoming Indian G20 presidency, especially in view of the upcoming problems that we all face “tweets from PM Meloni This tweet was sent out two days after Prime Minister Narendra Modi and Meloni met in person on November 16 outside of the G20 Summit, where India was given the G20 presidency. The two leaders discussed ways to collaborate closely between India and Italy in areas including energy, defence, culture, and climate change, according to PM Modi earlier.

“Great conversation with PM @GiorgiaMeloni. We discussed ways that India and Italy may collaborate closely in the fields of energy, defence, culture, and promoting climate change. We also concentrated on methods to strengthen the economic ties between our nations “Earlier today, PM Modi tweeted. All eyes are on India as it assumes Indonesia’s G20 Presidency in 2023 because New Delhi, which is seen as impartial and trusted by both the global south and the developed world, will set the agenda for better cooperation between them.

Cooperation for equitable and sustainable development for shared global peace and prosperity and capacity building to address new global issues are likely to be on the agenda.

India’s leadership of the G20 will be centred on promoting prosperity and peace in the developing world.

This was the overarching message of Prime Minister Modi’s speech, which was delivered as the presidency unveiled its logo, website, and agenda under the slogan “Vasudhaiva Kutumbakam,” or one earth, one family, one future.

With two-thirds of the world’s population and 85% of its GDP, the G20 is one of the largest multilateral organisations and has a significant impact, particularly on the developed nations of North America and Europe. 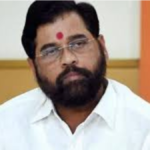