0
The arrival of Indian Prime Minister Narendra Modi on the Indonesian island of Bali on November 14 marked India’s participation in the 17th G20 (Group of Twenty) conference.
Before the summit session started, US President Joe Biden was seen approaching PM Modi and giving him a warm greeting in pictures obtained by India Today.
Press-facing US State Department spokesperson Zed Tarar declared: “There is an obvious friendship between President Biden and PM Modi.”
Before the G20 summit, the prime minister was spotted shaking hands with French President Emmanuel Macron. Both leaders grinned as they greeted one another.
PM Modi said on Twitter that they had a “short discussion.”

Prior to his departure on Mondy, PM Modi’s office (PMO) stated his vision for the scheduled G20.

A brief discussion at the start of the @g20org Summit with President @EmmanuelMacron. pic.twitter.com/VEuZrWqRjc

The PMO said, “During my interactions at the G20 Summit, I will highlight India’s achievements, and our unwavering commitment to collectively address global challenges. India’s G20 Presidency will be grounded in the theme “Vasudhaiva Kutumbakam” or “One Earth One Family One Future”, which underlines the message of equitable growth and shared future for all.”

The post Joe Biden approaches PM Modi at the G20 meeting and gives him a nice hug | Watch appeared first on OUR INDIA. 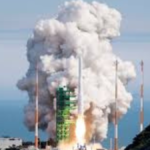 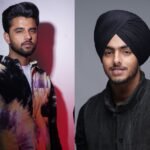