0
totaling upwards of eight billion.
It is an important turning point for humanity.
It was “a monument to scientific advancements and advances in nutrition, public health, and sanitation,” according to the head of the UN.
Yes, it is.
We must not, however, ignore the numerous difficulties that the human family faces even as we advance.
These 5 are essential:
Globally, the gaps are getting worse.
According to a research, the wealthiest 10% of the global population owns nearly 190 times as much as the bottom 50%, with the world’s poorest people owning just $2,900 (in purchasing power parity) per adult.
Today, the top 10% of earners possess 76% of the wealth and receive 52% of it.
A meagre 8.5% goes to the poorest half.
The poor must also bear the consequences of the world’s 48% carbon emissions, which come from the richest 10% of people.
The average annual income in North America is 16 times greater than that in sub-Saharan Africa, according to the UN.
71% of the world’s population now resides in nations where inequality has risen dramatically.
In most affluent nations as well as some middle-income nations, like India, the income gap is widening.
Furthermore, people in wealthy nations can anticipate living up to 30 years longer than people in poorer nations.
“Unless we bridge the enormous divide between the global haves and have-nots, we are setting ourselves up for an 8 billion-strong world fraught with tensions and mistrust, crisis, and conflict,” UN Secretary-General António Guterres noted.
STARVING MOUTHS
Around the world, a staggering 828 million people still lack access to food.
The food and energy crises have been fueled by the conflict in Ukraine, and the emerging economies have been the hardest hurt.
Up to 14 million youngsters are severely acutely malnourished.
45% of all child deaths globally are connected to hunger and other factors.
The UN estimates that 150 million more people will be undernourished by 2022.
Poverty and hunger are intricately intertwined.
A projected 698 million people, or 9% of the world’s population, were expected to be living in extreme poverty in 2021.
We are currently facing a climate disaster.
Devastating natural disasters like floods, storms, and droughts are being brought on by rising emissions and temperatures.
According to a recent analysis from the World Meteorological Organization, a weather, climate, or water hazard-related disaster has occurred every day on average over the past 50 years, killing 115 people and inflicting US$ 202 million in losses every day (WMO).
Carbon dioxide (CO2), methane, and nitrous oxide are only a few of the human-caused emissions that have raised the average global temperature by close to 1°C compared to pre-industrial levels.
A burgeoning population, industrialization, and increased urbanisation have brought us dangerously close to a climatic emergency.
The good news is that between 1970 and 2019, the number of deaths has decreased by approximately three times thanks to better early warning systems and disaster management.
Ironically, there is enough food in the world to feed everyone who is hungry.
But a lot of it is wasted.
A third of the food that is produced is never consumed.
Waste also includes the energy, water, and land used to produce the food.
According to a UNCTAD assessment, 14% of food is wasted between harvest and retail, while another 17% is wasted in households, restaurants, and stores.

The negative effects of uneven urbanisation are felt in our health. Approximately 4.4 billion people, or 56% of the world’s population, now reside in cities. Nearly 7 out of 10 people will live in cities during the next 25 years, more than doubling the existing urban population by 2050.

Growing urbanisation involves rising demand for a variety of fundamental services, including affordable housing, transportation, and employment. Urban impoverished people who live in informal settlements number close to 1 billion. Land, water, and other natural resources are put under stress by urban sprawl.

According to the World Bank, with more than 80% of the world’s GDP produced in cities, urbanisation can, if properly managed, lead to sustainable growth through higher productivity and innovation.

The difficult task is to create inclusive, resilient, and green cities. Our cities must be sustainable while also being intelligent, according to policymakers.

MORE GREEN TEETH
The number of elderly persons worldwide will increase by 2050. Worldwide, there will be almost the same number of people under the age of 12 and more than twice as many people 65 or older than those under the age of 5. Due to an average worldwide lifespan of 77.2 years in 2050, mortality will decrease. Additionally, it indicates that fewer people are able to care for the ageing population and that welfare expenses are rising.

The post There are currently 8 billion people on the planet. Here are 5 difficult obstacles we must overcome. appeared first on OUR INDIA. 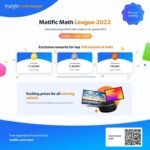 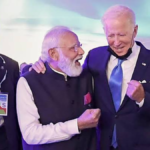