·         During the year, company got an approval from WHO-GMP for Tablet Capsule, dry-powder Suspension products at Cephalosporin plant.

(Amount in Cr except EPS)

During the year, company got an approval from WHO-GMP for Tablet Capsule, dry-powder Suspension products at Cephalosporin plant. The production from this plant will be expected to generate from this year last quarter.

Commenting on the results and performance, Mr. Mahendra Patel, Managing Director, Lincoln Pharmaceuticals Limited, said, “Company has delivered a robust operational and financial performance during the quarter and confident to improve our growth numbers going forward. Recently company has also received an approval from Australia’s medicines and medical devices regulator – Therapeutic Goods Administration (TGA) for its Khatraj facility. TGA and EU GMP approvals will further strengthen company’s presence in the export market. Strategic growth initiatives, product and geographical expansion, operational efficiency are likely to maximize value for all stakeholders in the near to medium term.”

Exports for Q2 FY23 was reported at ₹ 73.58 crore. Export business of the company has shown remarkable growth in the last few years and had increased to 65% of total sales in FY21 from 11% of total sales in FY13. Company currently exports to 60 plus countries including East & West Africa, Central & Latin America and Southeast Asia. Company looks to enter the EU markets during the current financial year.

Over the last 5 years, Lincoln Pharmaceuticals Ltd has delivered a robust 30% CAGR in profits and higher single digit growth in sales. The liquidity position of the company is on a strong foundation, supported by healthy cash accruals, no term debt and healthy return ratios. Backed by improvement in the company’s financial risk profile, steady growth in scale & margins, healthy profitability, rating agency ICRA has upgraded the company’s long-term and short-term bank facilities to A and A1 respectively.

Lincoln Pharma has a state-of-the-art manufacturing facility unit at Khatraj in Ahmedabad, Gujarat, complying with stringent international quality and compliance norms and certified by EUGMP, WHO-GMP and ISO-9001: 2015. Company has developed 600 plus formulations in 15 therapeutic areas and has a strong product/brand portfolio in anti-infective, respiratory system, gynaecology, cardio & CNS, anti-bacterial, ant-diabetic, anti-malaria among others. Company has filed 25 plus patent applications and is awarded with seven patents. Company has a strong presence in the domestic market nationally with a dedicated field force of over 600 personnel who cater to more than 30,000 doctors, chemists across the country.

Lincoln Pharmaceuticals Limited is one of the leading healthcare companies in Gujarat, India. Established in the year 1979, the company develops and manufactures affordable and innovative medicines for healthier lives. The company has developed 600 plus formulations in 15 therapeutic areas and has a strong product/brand portfolio in anti-infective, respiratory system, gynaecology, cardio & CNS, anti-bacterial, anti-diabetic, anti-malaria among others. The company has its strong presence in Domestic market with good strength of own field force and also exports to more than 60 Countries.

Company has developed many new drug delivery dosage forms over years and has a track record of launching many first-of-its-kind innovative products. Company works with a vision for nurturing innovations and bringing them to Indian patients at an affordable cost to create “Healthcare for All”.

Lincoln Pharma has a state-of-the-art manufacturing facility unit at Khatraj in Ahmedabad, Gujarat, complying with stringent international quality and compliance norms and certified by WHO-GMP and ISO-9001: 2015. Recently company has also received European Union (EU) GMP certification for its manufacturing facility which will allow it to market its products in all the 27 member countries of EU and also give access to European Economic Area (EEA) countries. Company is engaged in manufacturing of pharma formulations like Tablets, Capsules, Injectables, Syrups, Ointments, etc.

Company’s key strength is embedded in its cutting-edge research and development capabilities. The company has a strong R&D team including 30 plus scientists. It has filled 25 plus patent applications and is awarded seven patents. R&D centre of the company is recognised by the Department of Scientific and Technology, Government of India and furnished with state-of-the-art devices and equipment for internal physical, chemical and microbiological analysis of all products.

Company has a strong presence in the domestic market nationally with a dedicated field force of over 600 personnel who cater to more than 30,000 doctors, chemists across the country. Company has a wide national distribution network through 21+ Super Stockist and over 50,000 retailers in 26 states across India.

Going green, company has also set up a new Solar Plant of 1 MW at factory’s rooftop in addition to two windmills. This way we are producing renewable energy to our consumption nearly 65% resulting significant saving in the electricity cost and helped the company to become a self-sustainable and environment-friendly organization.

The post Lincoln Pharmaceuticals Ltd reports 57.85% rise in the Standalone Net Profit at ₹ 23.74 crore in Q2 FY23 appeared first on OUR INDIA. 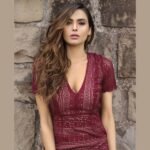