P Chidambaram, a senior member of the Congress, claimed on Saturday that fear now permeates every aspect of society, including political parties. Speaking at Sahitya AajTak 2022, P Chidambaram stated that “there is pervasive dread in the country” and pointed out that the idea of India has been gravely undermined in recent years.

The senior Congress politician claimed that during the last few years, India’s concept has significantly weakened. He discussed how the situation in India is even more concerning than what is occurring there.

The top Congress leader claimed that “so many individuals are switching from one party to another because they are paralysed by fear that if they don’t fall in line, they and their family would be hounded.”

P. Chidambaram remarked of the previous UPA administration, “We have not done anything which destroyed India as such. We committed mistakes that hurt the Indian economy, the Indian education system, and the Indian sports industry. Those are governance flaws. However, we haven’t done anything to hurt India.

The post Political parties and the other pillars of society are paralysed by fear: P Chidambaram appeared first on OUR INDIA. 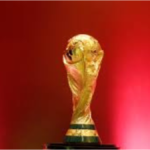 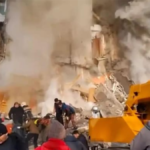