The FIFA World Cup 2022 will feature 32 teams from five confederations fighting for the prized title from November 20 to December 18 in Qatar.

The World Cup will be staged outside of the June–July window for the first time, with Qatar serving as the first Middle Eastern nation to host the event.

On November 20, Qatar will play host to Ecuador in the opening game of the 64 games that will be played in eight stadiums throughout Qatar. The opening ceremony will take place at the Al Bayt Stadium in Al Khor prior to the Group A match.

What you should know about the ceremonial start and the first game is as follows:

Before Qatar and Ecuador’s Group A match, there will be an opening ceremony. Al Bayt Stadium, which can accommodate 60,000 spectators, will host it.

The opening ceremony is scheduled to begin at 7:30 pm IST.

Where to watch the opening ceremony in India?

The ceremony will be telecast live on Sports18 and Sports18 HD TV channels in India. The live streaming will also be available on Jio Cinema app and website for free.

Who will be performing at the opening ceremony?

Although FIFA is yet to announce a full list of performers, South Korean boy band BTS’s Jungkook would perform ‘Dreamers’ at the ceremony. Other possible performers include Black Eyed Peas, Robbie Williams and Nora Fatehi, according to the Telegraph.

At 7:30 IST, the opening ceremony is supposed to start.

Where in India can I watch the opening ceremony?

In India, Sports18 and Sports18 HD TV stations will broadcast the ceremony live. Jio Cinema’s website and app will also offer the live stream for no charge.

Who will perform at the ceremony’s opening?

FIFA has not yet released a complete list of performers, but South Korean boy band BTS member Jungkook will sing their song “Dreamers” during the event. Black Eyed Peas, Robbie Williams, and Nora Fatehi are a few further potential performers, according to the Telegraph.

At 9.30 IST, the curtain-raiser game between the hosts Qatar and Ecuador will start.

Where can I watch the opening game?

On the Sports18 and Sports18 HD TV stations in India, all of the FIFA World Cup 2022 matches will be shown live. Jio Cinema’s website and app will also offer the live stream for no charge.

The post When and where can I watch the opening ceremony and the first game of the FIFA World Cup 2022? appeared first on OUR INDIA. 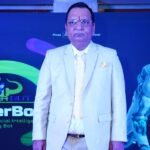 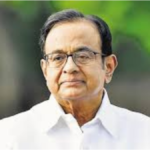