On Thursday, unidentified intruders momentarily hijacked the Ministry of Jal Shakti’s Twitter account. Following the hack of the server at AIIMS-Delhi last week, this is the second significant cyberattack on a government website.

When strange activity was noticed on the page early on Tuesday morning, it is thought that the hacking occurred.

The Jal Shakti government account initially tweeted about the cryptocurrency wallet Sui Wallet at 5:38 a.m. Along with changing the account’s cover image to display Sui’s name and emblem, the profile photo was also altered from the Indian flag.

Numerous unidentified accounts were tagged in the original tweet using the ministry’s handle, and the pattern was continued in following tweets and quote tweets.

The strange tweets were removed immediately after the account was reinstated.

Cyber specialists and security organisations are currently investigating the event.

The All India Institute of Medical Sciences (AIIMS), Delhi’s servers were taken offline on November 23 as a result of a ransomware attack. Although the Delhi Police has denied that a ransom demand has been made, the hackers are believed to have sought Rs 200 crore in cryptocurrencies.

The India Computer Emergency Response Team (CERT-IN), Delhi Police, and representatives of the Ministry of Home Affairs have all registered a case of extortion and cyber terrorism, and are currently looking into the issue. 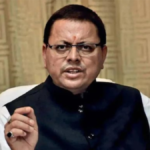 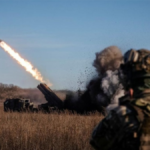