The Uttarakhand Assembly enacted a tougher anti-conversion bill on Wednesday, making unlawful conversion a cognizable, non-bailable offence that carries a sentence of at least three years and up to ten years in prison.

The Uttarakhand Freedom of Religion (Amendment) Act, 2022 stipulates that, in addition to a prison sentence, any violator who engages in an illegal conversion will also be subject to a fine of at least Rs 50,000.

Additionally, the criminal may be required to give the victim compensation up to Rs. 5 lakh.

In the past, the state also imposed a fine along with a prison sentence of one to seven years for illegal conversion.

“No one may use or practise deception, force, undue influence, compulsion, allurement, or any other deceptive means to convert another person from one religion to another, whether directly or indirectly. No one shall aid, counsel, or confederate in such conversion, “the Act claims.

According to Minister for Religious Affairs Satpal Maharaj, who outlined the goals and justifications for the bill, “under articles 25, 26, 27 and 28 of the Indian Constitution, under the Right to Freedom of Religion, the amendment to the Uttarakhand Freedom of Religion Act, 2018 is necessary to remove some difficulties in the Act in order to equally strengthen the importance of every religion.”

In the meantime, the state assembly approved the Uttarakhand Public Services (Horizontal Reservation for Women) Bill, 2022, which will give Uttarakhand-domiciled women 30% horizontal reservation in state jobs.

Tuesday marked the introduction of this Bill in the House.

Pushkar Singh Dhami, the chief minister, stated the initiative’s goals and motivations “People who reside in Uttarakhand’s distant regions endure a challenging way of life as a result of the state’s diverse geographic makeup. Particularly the state’s women live under unfavourable circumstances, which keeps their level of living lower than that of women in other states

The post Uttarakhand adopts harsher anti-conversion legislation with a maximum 10-year prison sentence and no bailable offence. appeared first on OUR INDIA. 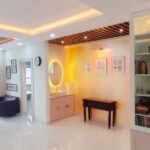 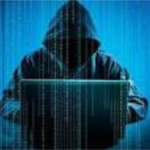