On Thursday night, the West Bengal School Service Commission (WBSSC) released a list of 183 applicants who were reportedly hired unlawfully as teachers in government-aided schools.

Justice Abhijit Gangopadhyay of the Calcutta High Court had requested the SSC earlier in the day to post such a list on its website by Friday. That was completed by the SSC shortly after the directive.

The commission published a notice containing the following information: “The list of 183 wrongly recommended candidates in connection with the 1st State-level Selection Test for the posts of Assistant Teachers (except Hill Region), for Classes IX-X, 2016, published in compliance with the order of Justice Abhijit Gangopadhyay, High Court, Calcutta, dated 01.12.2022.

Each of the 183 candidates was listed in the notification, which was signed by the commission’s secretary, along with their name, application ID (for the written test), roll number (allocated for writing the test), subject, and category (generic or a reserved category).

According to a Justice Gangopadhyay decision, the commission had cancelled the hiring of at least 17 instructors for secondary schools in March.

The commission was also requested by the judge on Thursday to deliver a report on teacher appointments that were unlawful within three days.

In a report submitted to the court on Wednesday, the SSC stated that 183 teachers had been found to have been chosen improperly.

The CBI informed the judge on Thursday that not 183, but 952 instructors had been hired using forged letters of recommendation.

“Corruption has been pervasive in every part of the SSC,” the judge declared after reading the report from the investigating agency. The right moment has come. The identity of the criminal mastermind will be revealed.

The judge instructed the attorneys representing the CBI, SSC, and petitioner candidates to examine the OMR sheets and other documentation of at least 40 teachers who are allegedly ineligible for employment and report back to the court on their findings.

The judge interrupted the proceedings and stated, “I have heard that Subires Bhattacharya, the former SSC chairman who is currently being held in custody, is not responding to the investigators’ questions. Is it real?

Justice Gangopadhyay was informed by the CBI that Bhattacharya, a former vice-chancellor of North Bengal University, was refusing to assist the CBI agents looking into the school recruiting matter.

The CBI has chosen to question him in jail, the CBI’s attorney informed the judge. To what extent was Bhattacharya engaged in any other cases is what the investigators are attempting to determine.

The post Publication of a list of 183 instructors who were hired illegally appeared first on OUR INDIA. 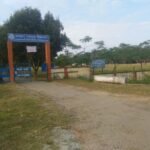 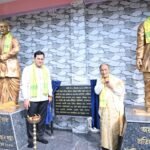