The Trinamool Congress, the party in power, has started the selection process for the panchayat elections, which are scheduled for about four months from now. According to sources within the party, the focus this time is to support “clean” candidates because the party has been accused of corruption since Partha Chatterjee, a prominent former TMC minister, was detained in connection with the school jobs fraud.

“This time our biggest challenge is to wash away the allegations of corruption. The party is embarrassed by the school job scam. So, it is almost clear that the party would send the message that those against whom corruption allegation has been labelled will not be given party tickets in the panchayat elections,” a senior TMC leader said.

This is much in sync with TMC general secretary Abhishek Banerjee’s announcement during this year’s Martyrs’ Day rally where he had said that only leaders and workers with clean image would get ticket in the panchayat elections.

“The first priority will be honest and clean image, the second will be youth. Also, women will get priority in the selection process. Existing panchayat leaders who have a clean image will be given tickets. Acceptance among people will also be a prime criteria for candidates selection,” a TMC leader said on the condition of anonymity.

“In gram panchayat level, young candidates will be preferred, but in panchayat samiti and zila parishad, existing local leaders and district leaders with no corruption charge against them will get preference,” the leader said.

“Our leader Abhishek Banerjee has already said that those who are tainted or lack popularity will not be fielded. Naturally, those who are shortlisting the candidates will consider these criteria,” the TMC leader added. 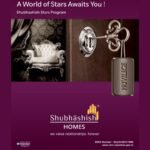 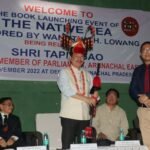