“During naka checking, we have intercepted a Maruti car and during our questioning, we have arrested seven Rohingia’s for illegaly entering India. They have admitted that they illegally entered India through Shunamura border in Tripura from Bangladesh. Tomorrow, they will be produced before court,” said Mizanur Rahaman, officer-in-charge of Ambassa police station.

On August this year, two Rohingyas were arrested during a joint operation by Kolkata military intelligence department and police from Badarpur railway station in southern Assam’s Karimganj district.

For decades, minority Rohingya Muslims have fled to neighboring Bangladesh and other countries, including India, to escape discrimination and violence from Buddhist majority Myanmar. Three years ago, rights groups estimated that 40,000 Rohingya refugees lived in different parts of India.

In 2017, in Jammu, the Bharatiya Janata Party and other Hindu group leaders launched a campaign demanding all Rohingya be expelled from the area. The BJP-led Indian government subsequently ordered every state to identify and detain all Rohingya Muslim refugees and deport them to Myanmar.

The post <strong>Tripura: 7 Rohingya’s arrested from Ambassa for illegally entering India</strong> appeared first on OUR INDIA. 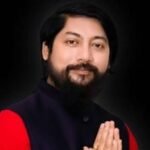